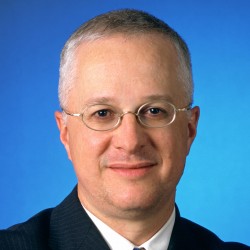 Peter Greenwood holds an MA degree in law from the University of Cambridge and a diploma in German law and legal system from the University of Tuebingen and the Justice Ministry of North Rhine-Westphalia. In 2006, he completed full-time study for an MA degree in War Studies from King’s College, London University (with distinction). He is a solicitor in England and Wales and in Hong Kong, as well as being qualified as an avocat in France. He is a Fellow of The Institute of Chartered Secretaries in England and a Fellow of The Hong Kong Institute of Chartered Secretaries.

From 2007 to 2013 Mr Greenwood was the Group Executive Director – Strategy of CLP Holdings, reporting to the Chief Executive Officer. His principal focus was to work on matters of a strategic nature impacting the overall direction of the CLP Group. He was also responsible for the oversight of CLP Group’s corporate secretarial and legal affairs. Prior to stepping down in 2005 to pursue a study leave, Mr Greenwood was an Executive Director (since 2001), the Company Secretary and Corporate Counsel (since 1996) of CLP Holdings. He retired in May 2013.

Before joining the CLP Group in 1995, Mr Greenwood was a Senior Commercial Lawyer with the Provisional Airport Authority, Hong Kong, and prior to that was in private practice as a solicitor with leading corporate law firms in London, Hamburg, Hong Kong and Paris.